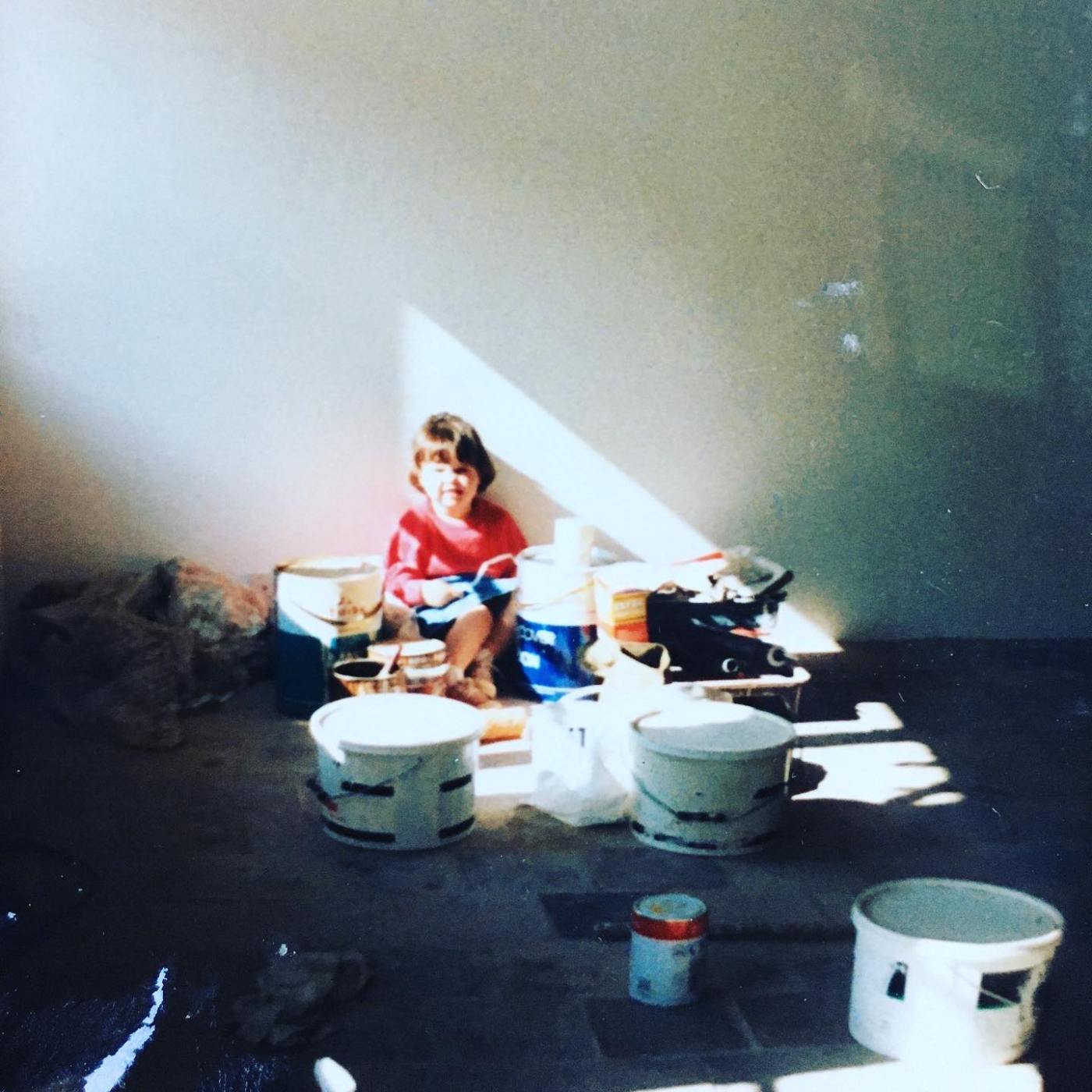 I have always been creative. Raised in a world of up-cycling and renovations before those titles became buzzwords, my Dad, a self-employed builder and my mum, his creative sidekick, infused mine and my siblings lives with projects and imagination. By the time I was in secondary school I’d lived in 6 homes, 3 of these were renovations and 2 designed and built by my father. It was an ideal childhood full of adventure, Enid Blyton tales and Highland air.

Originally I wanted to be an architect but the realisation of 7 years studying at a computer for a life in front of a screen wasn’t for me. I was accepted to Grays School of Art in 2003 and graduated in Visual Communication in 2007 immediately securing a job as an interior designer. Life took its twists and turns, following some time travelling my husband and I settled in Edinburgh. I gained work as a press photographer at the Edinburgh Fringe and in a photography laboratory.

The Ricketty Desk began in the summer of 2011 when I made the decision not to return to work after welcoming my first mini assistant into the world. It was then that I started illustrating cards to sell, each one a mini piece of art taking hours to complete. More ups and downs on life’s rollercoaster saw us leave the big smoke and escape to Fife, another mini assistant in tow.

Until 2019 the business remained as a hobby with ambition. In 2019 it was make or break and my motto was ‘Be Bold’ and I started believing in my work. I approached other creatives, collaborated, worked on commissions and great things began to happen. I invested in time, I read and most importantly I listened. I listened to advise from those who were getting it right, those who were overcoming hurdles and those who cared, this single handedly changed my hobby into a career.

This site uses Akismet to reduce spam. Learn how your comment data is processed.